My son has this rocket ride-on toy that has a bunch of sound effects and looks like it came right from the 1950s. Watching him run through the house with it reminds me of all the dreams I had as a kid of getting into a rocket and exploring the galaxy. If they made an 80s cartoon about them, Interstellar Dreams would be the opening theme. 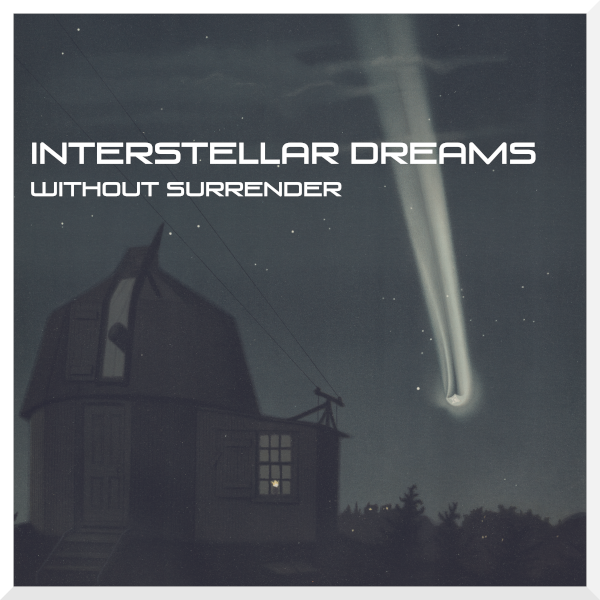 Reviews of the classic Yamaha DX7 FM synth agree on one thing: programming it can be a real pain. The synth has one small LCD display and a single control for adjusting the value of a parameter. Every few months I decide to get serious about programming it, spend a day or two re-learning what I learned last time, and then move on to actually making music. Don’t get me wrong- I love this synth, and use it on most of my recordings. I just rely on other people’s patches because I’m never all that excited about my own.

Recently I decided to give it another go, and this time I’m much happier with the results. I landed on a metallic guitar-like sound that made me think of a bunch of robots battling out in a dystopian future. Here’s a brief sample.

I think that sounds really neat. But the fun really started when I ran it through my MoogerFooger low pass filter and added some reverb.

This patch is definitely going to be featured on my next track. If you’re interested, you can download it from my sample library

We truly are living in the darkest timeline.

At the beginning of the year I did a lot of soul searching over where to take my music career – such that it is – in 2020. I finally admitted a few important facts to myself:

The issue, if I haven’t made it clear enough already, is that my schedule is just too unpredictable. Saying it out loud helped me realized that I’ve been depressed and living in denial about this for a long time. I could simplify a lot of things in my life by just putting the music thing on hold for a while…but I just can’t do that. The only thing worse than having too little time for music is not having any time at all. So I worked out a project plan – with milestones and deadlines! – for a new initiative that would allow me to narrow my scope, create music, and try to share it with as many people as possible. I knuckled down and committed to hitting those deadlines. Progress was made.

I should know by know that as soon as I make a real plan, shit goes sideways. Not long after I started I found an ad on craigslist from a band looking for a versatile rock guitar player. Now, I have a really low opinion of the musician ads on craigslist. My success rate in finding bands to join or musicians to jam with through this site is pretty abysmal. (I should write a whole post about that one day.) This doesn’t stop me from periodically checking what’s out there. It’s always amusing. I peruse the ads more to amuse myself than anything else. How could you not be amused by this?

Looking for a few red heads in their mid 20s who are looking for a band to join. Need a lead guitar/singer, a bassist and a drummer. Must have red hair

This is the kind of crap that gets posted ad nauseam. But the ad I found sounded pretty cool: an original band needs a guitarist with a range of rock and pop influences ranging from Peter Gabriel to MGMT. Regular rehearsals, a few gigs a month, and they’d be willing to work the new guy in at his own pace. It was like somebody heard my guitar playing, saw my current situation, and said “that’s the guy we want, we’ll do whatever we need to do to get him”. In other words, WAY too good to be true. Keeping my expectations stupid low, I figured I’d reply to the ad.

The guy who posted it might be the most normal musician I’ve ever met. After a long conversation about our musical backgrounds, he sent me a few songs to learn and invited me to a rehearsal. It turns out the ad was spot on: the band is committed to writing and performing originals, they have modest gigging aspirations, and they want a guitar player who will help write the next collection of songs. Their current guitar player is in 3 bands, and only has time for 2, so he’ll be leaving as soon as a replacement is found. He’ll also help the new guy get up to speed. It’s pretty much everything I want out of band, and they’re making it easy for me to join.

TL;DR: I joined the band Crash Society You should check them out, they’re awesome.

Everything was looking up. I put my new year music plans on hold, and began learning the set list. I made some changes to my amp to make it more reliable for gigging. I put together a new pedal board to get all the tones I’ll need. I started to collect ideas for new material. I figured this was a great way to start over as a musician. I felt better about music than I had in a long time.

Then 2020 delivered the COVID-19 smack down. I made it to 3 rehearsals and was feeling good about the entire set list when quarantine happened. We haven’t been able to meet for almost 2 months. I know this is temporary (we have to go back to normal eventually, right? RIGHT?!?!?) but it’s hard not to be demoralized.

So, it’s back to my original plan for 2020, at least until the timeline gets even darker.

In these two tracks – A Point of Light and Summer ’86 – I tried to continue to explore some of the ideas I had for The Far End of Never. That means more synthesizers and guitars. I’ve been trying to write music that looks back as it moves forward. This is a tough line to walk, and I’m not sure if I have succeeded. It sure is a lot of fun trying, though.

I decided to go with “real” hardware on these. All of the guitars were played through my custom built AC-30 and captured by a Shure SM-57, and all of the synth sounds were created with the Yamaha DX-7 I got last Fall. I’ve just scratched the surface of where I want to go with this combination of instruments. 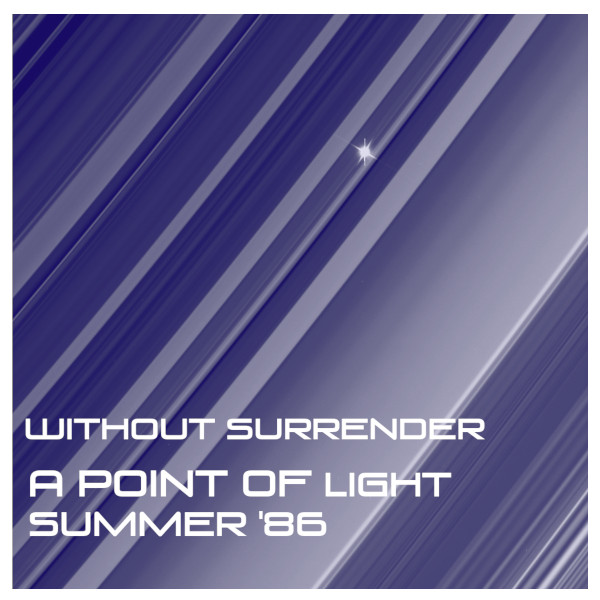 A Point of Light

written and produced by Without Surrender2019

A Point of Light
Summer '86

I’ve mentioned this on this blog before, but I’ve been working on adding synthesizers to my music to scratch a retro music itch I’ve had since watching Stranger Things. I’ve been dying to get my hands on some classic hardware synths, but I’ve been put off by the ridiculous price of vintage gear. Software emulations have had to make due instead. Until recently, that is.

An old friend of mine – who taught me my first guitar chords, but that’s a story for another time – was in town recently, and he suggested we check an small mom-and-pop music store that we used to go to when we were in high school. “There’s no way that place is still in business”, I said. And I was wrong. The owner told us that although his store doesn’t make much money, he still loves teaching music and introducing kids to their first instruments. We had the kind of experience you just can’t get at Guitar Center.

While my friend was trying out distortion pedals made by a brand I’d never heard of, I noticed an old keyboard burried under a stack of other old keyboards and a mountain of dust in the corner. It was the large DX7 on the case that caught my attention. The Yamaha DX7 is one of the best selling synths of all time and its sounds dominated the pop charts back in the 80s. I’ve always thought it would be cool to have one, but they get expensive, usually going for $500 and up. That’s more money than I want to spend for a piece of hardware that’s over 30 years old. But this one was listed for $145. There had to be a problem with it, right?

Nope, no problems. After verifying that it worked, I asked the store owner why it was so cheap. He told me that he used to teach lessons on it, but after upgrading to a newer keyboard he thought he’d get rid of the old one. “I’m more interested in finding a good home for it than trying to make a lot of money on it.” I could give it that home, I said, and I bought it.

I’m still learning how to use it – the DX7’s reputation for being challenging to program is well deserved – but I knew from the minute I first turned it on that it will become a central part of my music from now on. Here is a small sample of me triggering the synth using a guitar with a Fishman Triple Play midi pickup.